The case concerns the jurisdiction to join non-parties, such as company owners, to proceedings for the purpose of finding them liable for costs.

The principle was first established in this jurisdiction in the Moorview[1] case which established that it would be unjust to allow an individual to initiate proceedings through an insolvent company for their own benefit without any risk to oneself if the litigation is unsuccessful.  Such orders are often referred to as “Moorview orders”

It prevents persons litigating on a “consequence-free basis” and having a “free ride” as to how they conduct litigation designed for their benefit, without there being a risk of a meaningful costs order against them.

W.L. Construction (“the Company”) initiated proceedings against Mr. Chawke and Mr. Bohan (“C&B”) for payment in respect of building works done. C&B applied to have the case dismissed for abuse of process and/or failure to prove the debt was due. The case took an inordinate amount of time, 28 days, as the trial judge estimated that 14 different figures were presented to the court as the sum outstanding and also due to the dishonesty of the lead witness, Mr. Loughnane.

C&B then sought to join Mr. Loughnane to the proceedings and seek an order for costs against him personally as he was the 99% shareholder in the Company. C&B argued that the costs incurred by them arose as a direct result of the litigation misconduct of the Company, which, they contended, was solely and entirely orchestrated by Mr. Loughnane.

It was not in dispute that:

The judge acceded to the application to join Mr. Loughnane and awarded costs against him.

The question for the Court of Appeal was whether Moorview had been applied correctly. The Court ruled that because Mr Loughnane was not a party, and was not notified, he could not have known that the defendants might seek to make him liable for their costs.

The order for costs against Mr Loughnane was set aside.

The Supreme Court examined when a Moorview Order should be issued.

The Court outlined that a Moorview Order will be issued only in exceptional cases and in order to ensure that no injustice is done. The Court held that it may be unjust to make such an order where no notice has been given, but this is not necessarily so.  The issue of notice is one of many matters left to the discretion of the trial judge.

The Court in this instance relied on the fact that a Moorview Order is an established principle of law and that therefore, Mr. Loughnane should have known that he may be made liable if the criteria were met and that a party is not obliged to notify the opposing party of all potential actions which it may adopt.

Therefore, it does not matter when the order is notified to the non-party.

The Court in granting a Moorview Order was particularly convinced by the argument that Mr. Loughnane would have personally benefitted should his company’s claim have been successful and he was responsible for the abuse of process which exposed the defendants to very significant costs which his company could not meet.

The Court allowed the appeal.

Whilst the Supreme Court made reference to the factors taken in account, it does not itself enunciate a test to be used when applying Moorview.

The Court endorsed the view that a broad, discretionary approach, based on the interests of justice in all circumstances, should be adopted when a judge exercises the discretionary jurisdiction.

There is a need to prevent persons litigating on a consequence-free basis, with the aim of personal benefit. The giving of notice to the non-party is not an absolute prerequisite to the exercise of the jurisdiction to make the costs order sought.

Although it is a strict measure, it is clear from this judgment that a non-party to proceedings, without notice, can now be liable for an order for costs. It is a warning to all company owners embarking on litigation. 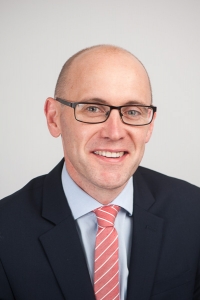