In honour of International Women’s Day, we are celebrating the first female solicitors that made history by being admitted to the Roll of Solicitors in Ireland during the ‘20s and ‘30s.

The Sex Disqualification (Removal) Act was enacted in 1919, enabling Irish women to enter the legal profession from December 1919 onwards.

The first woman to be admitted to the Roll of Solicitors in Cork was Finola Foley (née O’Connor). Finola was the wife of Frank Foley of O’Connor & Foley Solicitors. She qualified as a solicitor with O’Connor & Foley in January 1931.

O’Connor & Foley merged with and became part of O’Flynn Exhams in 1974. Finola’s daughter Finola Neville was a solicitor at O’Flynn Exhams from 1971 to 1991 and her grandson Richard Neville is a current partner in the firm. 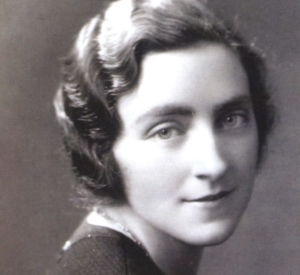 To read about the first 100 female solicitors to be admitted to the Roll in Ireland, click the link here: https://www.lawsociety.ie/gazette/in-depth/the-final-frontier/

Interestingly, it was announced in 2015 that female Irish solicitors now outnumber male solicitors practising. This is a first for any legal profession in the world. More information about this can be found here: https://www.lawsociety.ie/News/Media/Press-Releases/Irish-solicitors-profession-reaches-major-landmark-in-gender-balance/