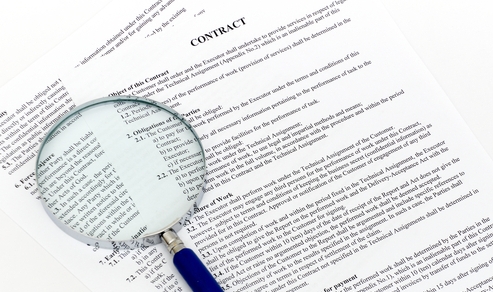 The Court of Appeal recently handed down a judgment in the case of Unitherm Heating Systems Limited v Kieran Wallace as official liquidator of BHT Group Limited (in liquidation) [2015] IECA 191.

The case related to the legal effect of what is commonly described as a “proceeds of sale clause” that formed part of the standard conditions of sale of the respondent.

In the case, Unitherm Heating Systems Limited (“Unitherm”) supplied products to BHT Group Limited (“BHT”) who in turn sold them on to customers. The terms agreed between the parties contained a proceeds of sale clause whereby Unitherm would be paid a portion of the price that BHT received from its customers as payment for supplying the products to BHT in the first place. When BHT went into liquidation, Unitherm claimed it was owed €93,907 for products that were sold on by BHT prior to the appointment of a liquidator but where BHT had not paid Unitherm its share of the proceeds of sale received from the customers.

The High Court originally held that Unitherm was entitled to be paid this money as BHT owed a fiduciary duty to Unitherm arising out of the relationship of principal and agent which, Peart J was satisfied, existed between the parties.

In the Court of Appeal, Irvine J noted that the leading authority on proceeds of sale clauses was Carroll v. Bourke [1990] 1 I.R. 481, a case in which the Court concluded that the relevant proceeds of sale clause did not create a fiduciary relationship between the buyer and seller but rather confined the seller to a charge over the funds received in respect of the resale of its goods. This charge was required to be registered in the Companies Registration Office within 21 days of creation or else it would be rendered void and so could not be relied upon by the seller. The seller who would instead rank as an unsecured creditor for any amounts owed to it from the proceeds of sale if the buyer were to go into liquiation.

In reaching a contrary conclusion in the Unitherm case, the High Court judge distinguished not only the contractual provisions in both cases but also the manner in which the respective parties had conducted their business and, on that basis, found that the relationship of principal and agent existed.

However, in allowing the appeal, Irvine J in the Court of Appeal held that a relationship of principal and agent did not exist between Unitherm and BHT. The judge held that the language and wording of Unitherm’s standard conditions of sale was:

“…not demonstrative of an intention on the part of Unitherm to trade with BHT as its agent. The words “principal” and “agent” are not to be found anywhere in the document. Unitherm is described as the “seller” and BHT the “buyer”. An agent does not buy goods from its principal but makes a contract for sale which contractually binds its principal and the customer. Further, clause 11(b)(v) of these Standard Conditions permits BHT to sell the goods to third parties “in the normal course of the buyer’s business”. That clause is not consistent with the conclusion that BHT was selling as agent on Unitherm’s behalf and is, in my view, consistent only with BHT selling on its own account.”

She also noted that if BHT had sold as agent for Unitherm, Unitherm would be the contracting party and could sue the customer on its own behalf without the need for an assignment of the benefit of any claim which BHT had against a customer (which existed in the conditions of sale). Furthermore, BHT’s entitlement to a fixed credit period was also inconsistent with an agency relationship.

Irvine J went on to consider the argument that BHT had sold goods as trustee in possession. However she also rejected this argument, noting that:

“there is now a significant body of case law in support of the proposition that, if the buyer, as was the position of BHT in the present case, is permitted to resell the goods, it is usual for it to do so on its own account unless there is very clear evidence to the contrary. If the buyer is truly selling on its own account, it has taken the legal and beneficial title in the goods from the seller by agreement. Accordingly, regardless of the use of words such as “trustee” or “fiduciary” in the conditions of sale, no fiduciary duty will be deemed to exist with the parties being considered to be in a relationship of debtor and creditor.”

Irvine J summarised that the facts against a finding that a fiduciary relationship existed between Unitherm and BHT were:

All of these are characteristics of a charge made in favour of the seller over a fund to which it might have recourse for the discharge of any monies outstanding.”

In conclusion, the Court of Appeal has reinstated the normal understanding as to how to view a proceeds of sale clause. Whilst every case would depend on its own facts, including the terms of sale and relationship between the parties, the general understanding is that such clauses create a charge over the proceeds of sale of the goods which needs to be registered within the statutory 21 day period. Otherwise the charge will be rendered void and the charge holder shall instead rank as an unsecured creditor.

If a supplier were to attempt to insert a proceeds of sale clause which does not create a charge but instead creates a fiduciary relationship between the parties, then it should look very closely at the Unitherm judgment in order to use the court’s reasoning when drafting appropriate wording to create such a relationship. However it would remain to be seen whether such a clause would be held up in court as anything but a charge on the proceeds of sale which requires registration.

If you have any queries with regard to the foregoing, please contact Eoghan Doolan (ed@ofx.ie, 021 477788).[/fusion_text]