The Supreme Court has clarified the appropriate test for establishing liability in medical negligence claims in its judgment in the case of ‘Ruth Morrissey and Paul Morrissey v. Health Service Executive, Quest Diagnostics Incorporated and Medlab Pathology Limited’.

Ms. Morrissey had a smear test in August 2009 as part of the ‘CervicalCheck’ screening programme. The test was reported as being negative for abnormalities and she was provided with a clear result.

A further smear test was carried out in August 2012, which was again reported as being negative for abnormalities.

Ms. Morrissey was again tested in May 2014, following a referral from her G.P. Following an MRI scan and biopsy, Ms Morrissey was diagnosed with cervical cancer.

Following this diagnosis, CervicalCheck audited the August 2009 and August 2012 smear tests. Following this audit, it was reported that the results from the August 2009 and August 2012 smear tests were incorrect. By 2015, the results of the audit had been communicated to CervicalCheck. However, Ms. Morrissey’s test results were not communicated to her until mid-2018, when Ms. Morrissey made her own enquiries as to whether there had been any errors in her case.

In May 2019, judgment was given in their favour against all three Defendants. The High Court awarded damages in the sum of €2,152,508 with a further €10,000 being awarded in nominal damages awarded against the HSE due to its failure to convey to Ms. Morrissey the results of audit carried out in 2014.

The Defendants sought, and were subsequently granted leave to appeal this judgment to the Supreme Court.

The Supreme Court held that the appropriate test to establish the requisite legal standard of care in medical negligence cases is the test set out by Finlay C.J. in the case of Dunne v. National Maternity Hospital (the “Dunne principles”) which is as follows:

In its judgent, the Supreme Court considered the evidence and held that “whilst screening is not infallible …. a screener should not give a clear result if they have any doubt about either the adequacy or the absence of suspicious material”.

The Supreme Court further held that the HSE was not vicariously liable for the negligent acts of the laboratories, but the HSE did have a duty to those availing of the ‘CervicalCheck’ screening programme which could not be delegated.

The Supreme Court further confirmed that the maximum award for general damages in personal injury claims is €500,000.

This Supreme Court decision will be welcomed by legal practitioners as it provides clarity on a number of complex issues.

Prior to this judgment, there had been some confusion in certain quarters as to whether a new test had been established by the High Court – an “absolute confidence” test.

The Supreme Court judgment has now confirmed that the appropriate legal test to be applied by the Courts in medical negligence cases is the “Dunne principles”. This clarification has been welcomed by legal practitioners and those involved in ongoing medical negligence litigation. 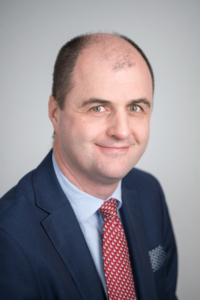